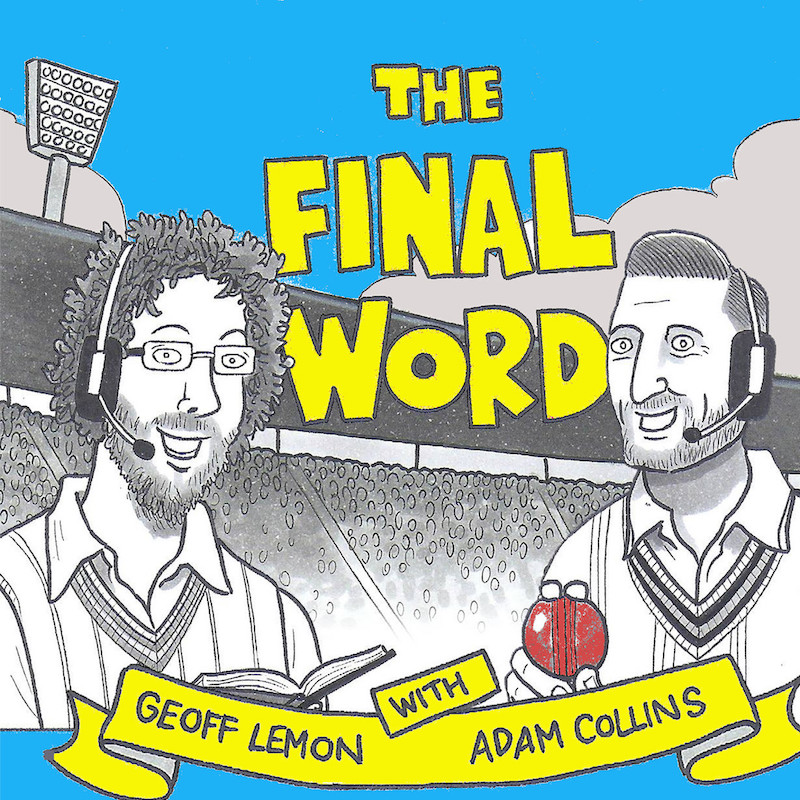 In 2020, The Final Word’s interview with Marcus Stoinis became one of the show’s most talked about interview.

Over time, The Final Word expanded to a twice weekly format. Story Time is home to The Final Word’s archive and an exploration of the Nerd Pledge Universe.

What is Nerd Pledge? Quite simply, supporters of the show pledge a specific figure on the show’s Patreon. It’s Geoff and Adam’s job to figure out what the figures mean in a cricketing sense.

In 2020, the Wisden Almanack - cricket's bible - recognised The Final Word as the best cricket podcast in the world.

Finally, The Final Word and Bad Producer Productions produced Calling the Shots, a documentary podcast telling the story of a century of cricket commentary.

Since joining the Bad Producer Podcast Network, The Final Word:

*Built a combined Twitter following of more than 65,000 followers