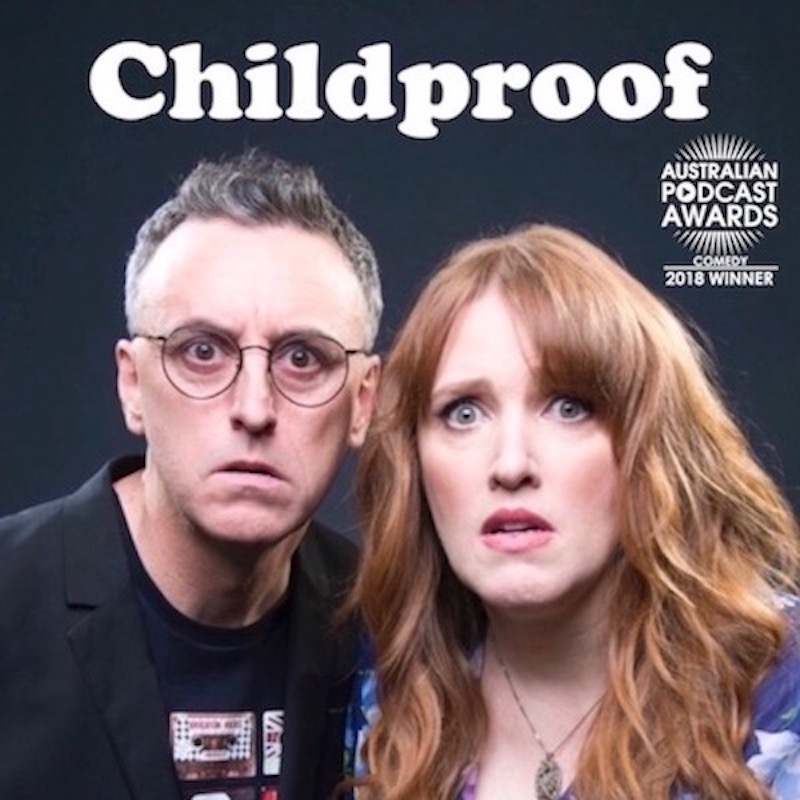 Childproof (childproofpodcast.com) is an unproduced TV sitcom written by Tony Martin and Sarina Rowell. It was performed live at the 2017 Melbourne Fringe over three nights and then released as a podcast.

It concerns those controversial types, the ‘childfree by choice’. They've been called ‘selfish’, ‘immature’, ‘unfulfilled’ and even ‘unAustralian’ – by their own families! Out of step with a world that exalts the traditional family unit above all else, Ian and Jennifer are also battling extinction in their workplaces – commercial radio and book publishing.

As a podcast, Childproof:

* Opened at #1 in Comedy on the Australian Apple Podcasts charts